Members of the North Carolina General Assembly are working through the 2018 legislative session, wrapping up work on various budget issues and taking up policy issues facing the state.  One important policy issue the legislature is considering includes a constitutional amendment to strengthen victims’ rights - called Marsy’s Law.

It will give equal rights to victims of crime in the state constitution - rights that are already given to the accused and convicted.  Rights associated with Marsy’s Law include giving victims the right to speak - or be heard - during court proceedings like bail hearings or sentencings.  It also will ensure that victims are notified when the accused and convicted have a change in custody status - including being let out of prison or escaping. If passed by ⅗ of both chamber - Marsy's Law will be on the November 2018 ballot for voters to decide. 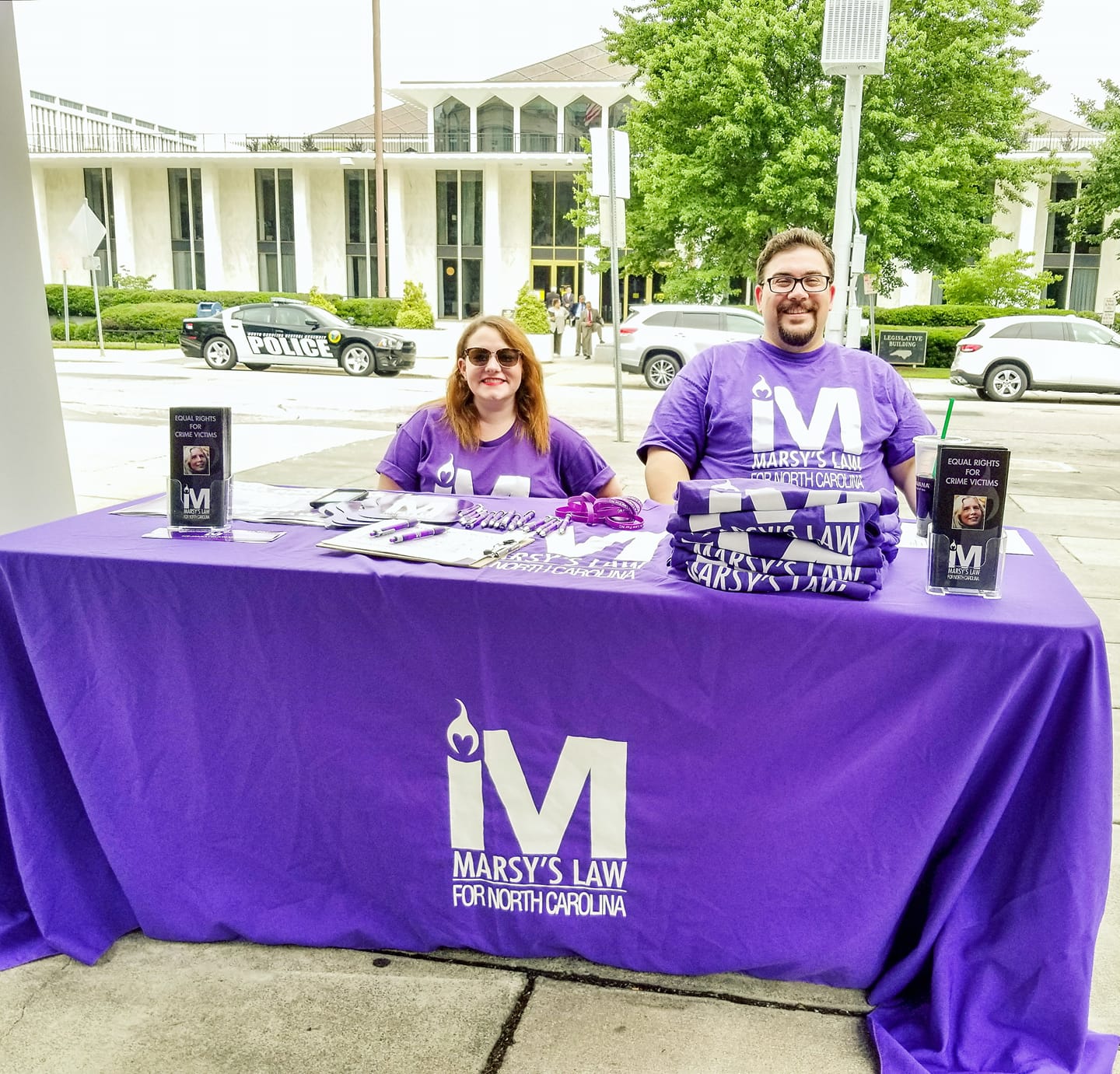 Right now these rights are not guaranteed to North Carolina victims by law.  While some victims are included in court proceedings and notified - it varies depending on where they live in the state.  Some counties and DA offices are proactive in these details, and some are not. Marsy’s Law legislation would ensure that victims of crime are treated with the same dignity and respect regardless of jurisdiction or county.  It will fill in the gaps in our current system.

Marsy’s Law has been vetted and debated for more than a year in North Carolina - the campaign kicked off in April of 2017, followed by an overwhelming bipartisan vote in the state House.  Since that time, communities and local law enforcement around the state have spoken out in favor of Marsy’s Law: 50 local town and county resolutions from all over the state and almost sixty percent of the state’s individual sheriffs - Republican and Democrat - endorse Marsy’s Law.

But it is not without debate, as there should be to take on such an important cause:

We’ve all seen the imagery of the justice system striking a balanced scale, indicating that all sides are given equal treatment.  And yet, today, the state’s victims of crime and their families - North Carolina’s most vulnerable citizens - are not on equal footing as those who are accused of committing the crimes from the very start.   North Carolina’s crime victims deserve dignity and respect while seeking justice. They deserve constitutional level protections that stronger victims rights will afford them through Marsy’s Law.